Comparison Table Between Santeria and Voodoo

Santeria, meaning ‘The way of the Saints’ is a common tradition that was developed in Cuba and later spread through Latin America and The United States of America. It is also known as La Regla de Ocha or La Religion Lucumi. This religion was brought to Cuba by the people from Yoruban nations of West Africa, who were enslaved in the 19th century(1st decades).

The name santeria derives from the correspondences between the orishas(Yoruba deities) and the saints of Roman Catholic piety. The main basis of this religion is to create personal relationships through divination, sacrifice, initiation, and mediumship between the orisha deities and the practitioners of the religion. The orisha deities provide their devotees with wisdom, protection, and success and also help them during a crisis.

Santeria followers have the belief that one greatest divine, God created the whole universe, and the lesser divine beings, called orishas take care of the world. These orishas represent various forces of nature along with some human characteristics which are quite similar to Greek mythology.

The orishas are sometimes thanked for performing miracles and sometimes blamed for the unfortunate occurrences. If a devotee is having bad luck consistently, they must seek help from their orisha to achieve peace and harmony.

Also, there are no official churches or temples in this religion and the rituals or ceremonies are generally performed in public or at home. In this religion, the whole faith is passed down orally because of a lack of scriptures and monuments therefore ceremonies are important. 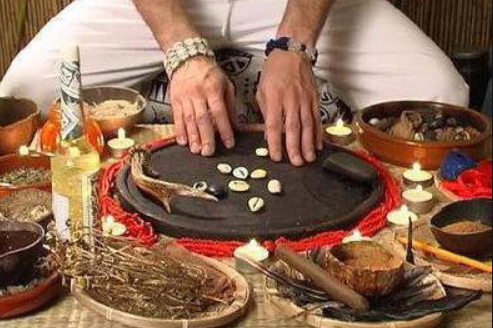 Voodoo is a religion which was originated in Africa. In certain parts of the world like America and the Caribbean, it is thought to be a combination of many African, Catholic, and Native American traditions and cultures. Though the countless number of people practice this religion and the people who practice it are known as Voodooists.

RECOMMENDED
Difference Between Fettuccine and Linguine (with Table)

Voodoo is basically a community that supports an individual’s empowerment, experience, and responsibility without any scripture or world authority and is practiced by imperfect people who use religion to benefit themselves. It is also different in different parts of the world and also varies community-wise.

So, according to them the spirits that exist in the invisible world are still with them and they watch them from there and also inspire them. In addition to the ancestors, Voodooists believe that Lwa, which are the archetypes of human personalities also exists there and Voodooists develop a relationship with the Lwa to seek help and guidance from them. 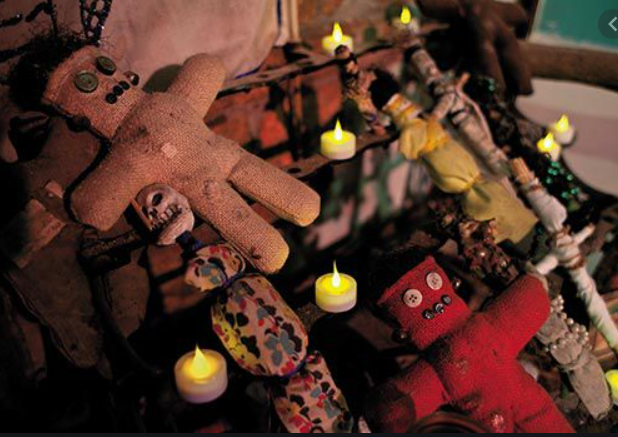 Main Differences Between Santeria and Voodoo

Santeria and Voodoo both the religion believe in the same spirits and call them orichas in Santeria and loas and laws in Voodoo religion. They have different origins and influences as well. Their mythologies are also different from each other. Their beliefs and practices are also different from each other. The people who practice Santeria believe that God is the one who created the universe and orishas are the one who takes care of the world whereas the people who practice Voodoo believe that there are two worlds, one is visible and the other one is invisible and the spirits of dead people exist in the invisible world with Lwa, who protect them and guide them.

“The purpose of Ask Any Difference is to help people know the difference between the two terms of interest. We write on the topics: Marketing, Business, English, Banking, Finance,Computers, Science, Law and Education“

Hi! I’m Piyush Yadav, the website Ask Any Difference strives to explain the difference between terms that we deal with in our daily life. We have a team and this is a place to provide differences and comparisons. For more information, visit my profile at: about Piyush Yadav!

Ask Any Difference is a website that is owned and operated by Indragni Solutions.