The two most important branches of Protestantism, Methodist and Baptist were formed with the notion to protect their followers. The differences of opinion in the belief system and practices led to the rise of these two branches.

The two major belief systems called the Methodist and Baptist existed for a long time on Earth. More importantly, they both are the most prominent branches of Protestantism. Their belief in God and the Bible is unshakeable. They truly trust Jesus Christ and his teachings too.

Though they belong to Protestantism, they are not similar in their belief systems. Of course, some aspects intercept, but fundamental differences are way too different from one another.

Comparison Table Between Methodist and Baptist (in Tabular Form)

Methodist is one of the major denominations of Protestantism. It was founded by John Wesley, George Whitefield and Charles Wesley. Methodism was formed in the 18th Century AD. This denomination became separate after Jon Wesley’s death.

The faith system of Methodist is more or less similar to many denominations of Christianity. Certain doctrines may differ from the others as well. Methodist strongly believe in God, the Bible as well as Jesus Christ. They even consider Jesus Christ as the saviour of Humanity.

Methodists have their practices in Church and more importantly, they are liberals and not strict fundamentalists. The baptism in Methodist Church is open to all. That means to say, Baptism is done to all irrespective of their age. The infants, youth and adults, anyone can be baptized. Baptism is performed by immersion, sprinkling as well as pouring. They have open communion.

Their Governance is also structured. The Episcopal organization has Bishops. The Bishops have the authority to appoint the Pastors after a discussion with the congregation. The congregations are connected. Pastors are not restricted to Gender. They can be a male or a female too.

Baptist is another major denomination of Protestantism. It was formed during the early 1600s with its belief system in place. After the first and second great awakening, Baptist set to emerge during the 18th century and started spreading across the world.

Baptist has the core belief system intact. Yes, they believe in God, Bible and also Jesus Christ. Their way of practice is different from others. Say, for example, Baptism and communion are one of their faiths, but how it is handled is where the difference comes.

Baptism is performed only to matured adults. The reason is, Baptists believe that only grown-up matured adults can understand the faiths of the system and God. More importantly, Baptism is done to people only who shall confess and that shall happen only through mental maturity. Nowhere in the Baptist norms, Baptism of Infants allowed.

The Baptism ritual is also slightly different from most of the denomination. They strictly perform Baptism only through immersion. They are very strict in their faith and fundamental beliefs. On the contrary, their governance is independent.

The local Churches can appoint their Pastors. The Pastors must be strictly Male. Further, the Churches are independent and not linked to one another. 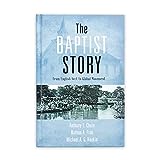 Main Differences Between Methodist and Baptist

Faith in God happens through behaviour. And the behaviour is set by rules. Following the rules set an organized pattern of living. This is what denominations are all about. The set of rules sketched is all for better living. Of course, the belief system differs from people to people and that’s why many denominations are on the planet.

However, none of the denominations demarcates the existence of God. They all believe in it and ultimate faith is to reach him at one point in time in their lives. The religious practices and rituals are to be followed to continue to be in society. Methodist and Baptist though belonging to Protestantism, have their faith in terms of religious practices. They were formed in various periods for various reasons. All the more, the reasons were not personal and they were formed to do good to people.